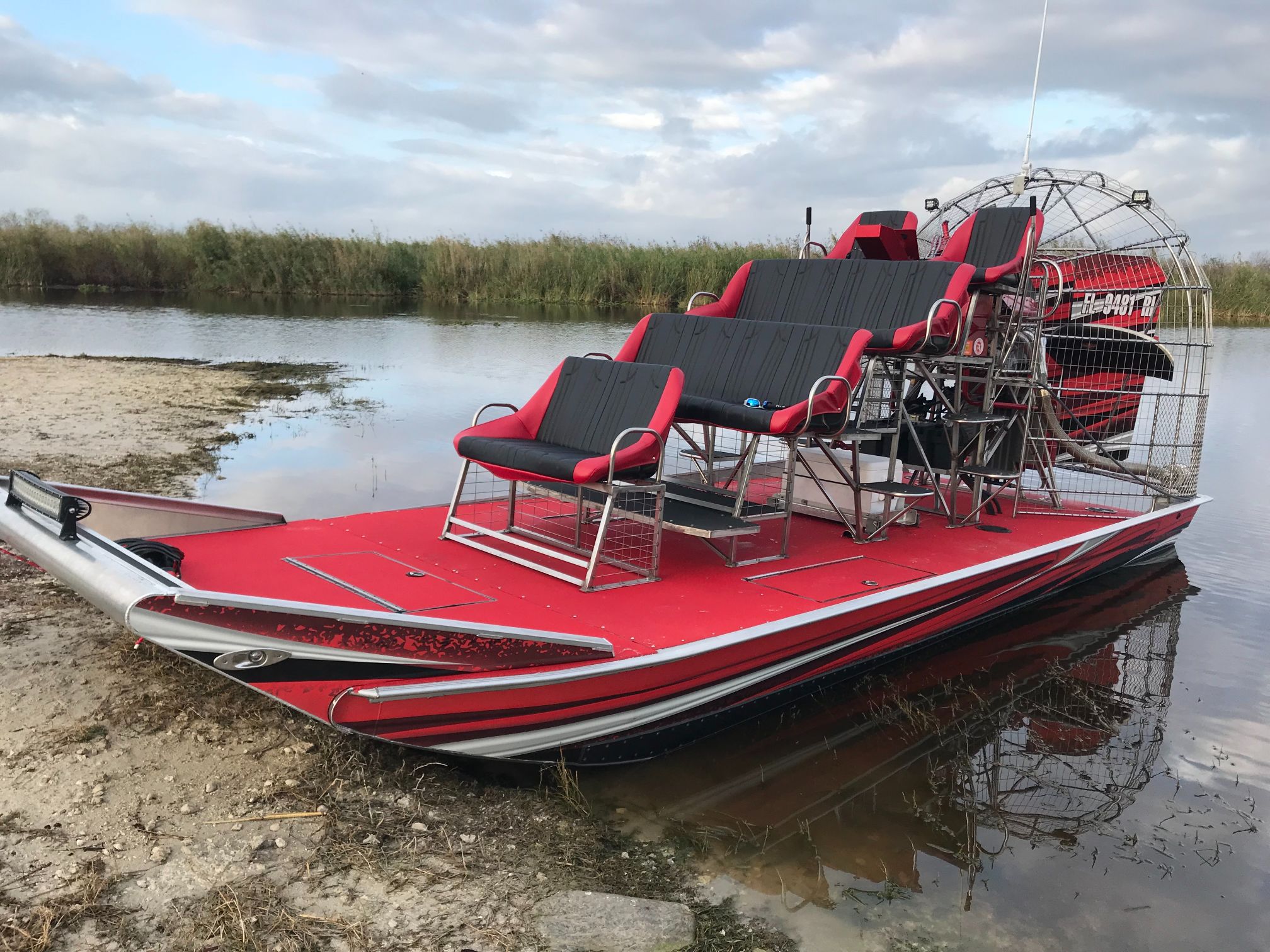 Let’s face it, as soon as people talk about the Everglades, most of us either think Alligators or airboats, or a combination of the two. It is a fact that airboats are part of Florida’s culture. The two have almost become synonymous with one another. Airboat Rides Deerfield has been exploring and touring the Everglades for decades, and there are quite a few little facts we know about airboats. Enjoy a few fun facts about our favorite method of transport across Florida’s wildlife.

Did you know that the first airboat built in Nova Scotia in 1905 was appropriately named the ‘Ugly Duckling’? It was a catamaran type-boat propelled by an aerial propeller. The purpose of the Ugly Duckling was to test aircraft propellers. Its creator Alexander Graham Bell is responsible for our favorite way to get around the Everglades.

It took 15 years for people to recognize airboats’ potential to be used in marshes and swamp areas. The first airboat registered in Florida was in 1920. The boat was called the Curtis Scooter. The name comes from a colleague of Alexander Graham Bell named Glenn Curtis. More airboats were then built in the 1930s as locals recognized their effectiveness at navigating through the Everglades.

Cruising along the Everglades with Airboat Rides Deerfield is an excellent use of airboats, but the U.S Coat Guards and the U.S Military also uses them. The U.S Special forces are also known to use airboats. One great example of airboat’s usefulness was during Hurricane Katrina, where people used them to help and retrieve thousands of New Orleans flood victims and residents. Beyond this, airboats are great for fishing and hunting.

Airboats do not have brakes

Because airboats have no operating parts below the waterline, they do not have any brakes. Also, they cannot move in reverse. So how does this even work? Well, it is simple: airboats steer by forcing air to pass through vertical rudders. They use that airflow as they glide smoothly on the surface of the water.

Why are airboat seats elevated?

Ever wondered why airboat seats always look like they are risen and elevated? There is a straightforward answer to that. The seats’ elevation allows better visibility, both for the passengers and the operator of the boat. You can see more, so you get a great view of the Everglades wildlife around you.

Airboats are both light and sturdy

Airboats have to glide on the water. They need to be light while remaining sturdy. For this reason, airboat hulls comprise of fiberglass or aluminum. Both those materials offer solidity while limiting the boat’s heaviness. This combination allows airboats to glide on the water while providing the safety of a stable boat.

There are plenty of other lesser know airboat facts, and our captains will be happy to tell you more during your tour of the Everglades. You can book your ride today, and when you do, feel free to ask any airboat questions you may have. Our operators are also very knowledgeable of the Everglades. You will learn a lot by taking a tour with Airboat Rides Deerfield.